Family is the Main Ingredient

As a young immigrant to Alaska, Herb Eckmann started Alaska Sausage Company in 1963. His son Martin joined him in 2005. Three generations of Eckmanns have worked in the business through the years, doing everything from making sausage to managing accounts. Herb’s legendary insistence on quality remains the hallmark of our operation. We love to support the community of Anchorage, our home for almost 60 years. 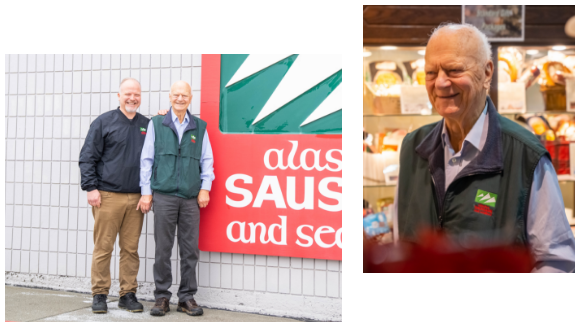 Herb Eckmann was born in Rügen on the Baltic Sea. As a young man, Herb was trained in restaurants throughout Germany, worked in the United Nations Palace in Geneva, and graduated from culinary school in Heidelberg. In search of a new life, he immigrated to America in 1961 at age 24.

Herb fell in love with the grandeur and wildlife of Alaska and settled in Anchorage.

He found employment as a sausage maker for Lou Comeau at Lou’s Market. At the time, there were no game processors in Anchorage where sportsmen could bring moose and caribou to be processed and smoked. Together with friend and fellow German immigrant Otto Poehling, Herb saw an opportunity and developed a dream. The young friends managed to obtain loans and purchase basic equipment, then set up shop in a small building at 9th and Gambell. It was there that Alaska Sausage Company first opened its doors in 1963. 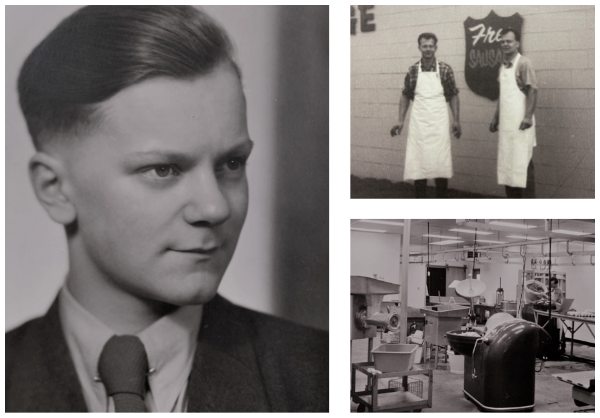 From the start, Herb was committed to attention to detail, the use of premium ingredients, and putting customers first. 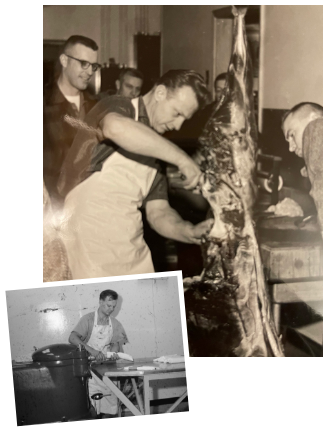 The early days were marked by long hours and physical labor, with Herb and Otto personally hanging and cutting moose quarters, chopping wood in sub-zero Alaskan temperatures for the outdoor smokehouse, and grinding meat for sausage and burger. Herb carefully developed his sausage recipes, making sure he settled only on the best taste combinations. As the word got out, interest grew and so did the business.

In 1967, the company moved to its current location on 30th and Arctic. Shortly after that, Herb purchased Otto’s share in the business. The company has since seen four facility expansions and obtained approval from the USDA. Smoked salmon was introduced and quickly became a sought-after staple. The product line has steadily expanded and now includes reindeer and German sausages, smoked salmon and halibut, and a European-themed retail store.

Times have changed since Herb and Otto first fired up the outdoor smokehouse at 9th and Gambell, but the Old World recipes and the commitment to quality have stayed the same.

A Letter From the Owner 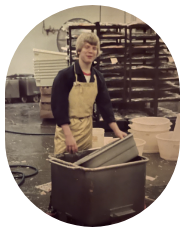 I was born in Anchorage and grew up working among the carts, coolers, and cutting rooms of Alaska Sausage Company. I scrubbed a lot of sausage tubs in the afternoons after school. I watched my father Herb as he developed the business he loved. Every day I saw the pride my dad felt in the quality of our gourmet products. And he always took care of his customers.

After college, I left the state to pursue a career in education, but Alaska never stopped calling me home. Eventually, I threw in the towel and returned to my roots. I re-joined the Alaska Sausage and Seafood team in 2005 and I am honored to step into my dad’s shoes as owner and President.

I am committed to building on the traditions that began when my dad started the company in 1963. Everything we do is guided by our core values: high quality products and excellent customer service. Our line of gourmet smoked salmon and sausages is extensive and varied, but they all have the same trademark: they are made with premium ingredients, through time-honored processes, without compromise.

If you are not completely happy with your products, let me know. I will refund your money and resolve the issue to your satisfaction.

I am proud to be an Alaskan. Every day I am grateful for the opportunity to help build the business my dad had the vision to start over a half century ago.

Alaska Sausage and Seafood is proud to offer distinctive products that celebrate the bounty of our great state. 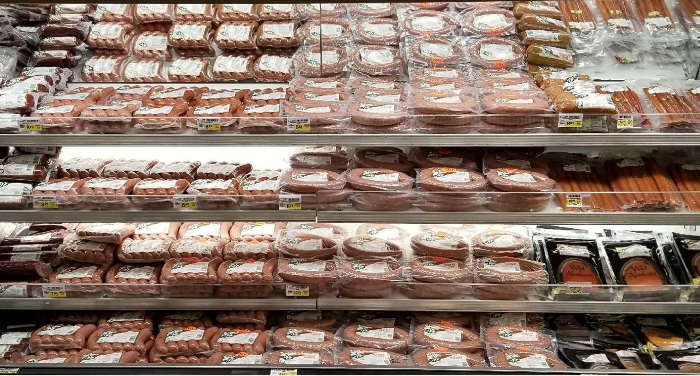 Our products are sold in all major grocery stores and served in fine restaurants throughout Alaska, and can be found in select locations in the Pacific Northwest. We also export smoked salmon to Germany, Austria, and Switzerland. We ship to the Lower 48 States, Alaska, and Hawaii. For the hunters and anglers, Alaskans and visitors alike, we offer custom processing of wild game and sport-caught fish.

Explore all that our retail store has to offer. Find us in Anchorage’s Spenard neighborhood.

Our custom processing services can turn your hard-earned fish or game into delicious smoked products.